The personal story behind esthra

“Where did the idea for esthra come from?” is a question people frequently ask. As so often in life, there is a short and a long answer.

The short answer is:
HR Orchestration, and thus the link between business and music, is a concise, integrating and above all inspiring approach to leadership and HR. At the same time, it combines my two big passions.

The long answer relates to my personal story – and that’s what makes the concept so unique.

“Those who wish to sing… always find a song.”

The story begins in 1973.
According to my mother, I started singing before I talked or walked. Music is something that started very early for me, and through music I was reborn several times in my life.

I found myself in music, especially when it came to singing in front of an audience.

“The whole world belongs to me.”
That’s how it felt.
I was not aware of it then. The importance of music to me was just an instinctive perception: An unlimited, deep source of energy full of surprises that connects me to my feelings, allows me to stand out from the day-to-day and connects me to other people.
I also realised that music not only has this significance for me, but also for people who just listen to me, who sing or dance with me, as well as for those who do not like the same music as I do – after all, we all have our “own” music!
Over the years, I became one with music.

No day went by without music being there to smuggle in new colours.
On some days, it was not that easy to sing simple, light and cheerful melodies. Because unfortunately, fate also gave me different, sad melodies to sing – it didn’t matter whether I found that totally unfair.

There was even a point in my life when music and I nearly became bound to each other for life.
The famous choir of the Hungarian state opera was looking for new children.
I was holding my mother’s hand as we walked into the historic building of the Hungarian radio station to attend the casting. There were many children there, also with their parents.

Most of them were sent in to see the jury with bunches of flowers, chocolates or other gifts. I was surprised. What did they need that for? At the time I didn’t understand it, I only had one feeling: for this “calling” to a new career, genuine talent and a love of music was not enough.

Here, it wasn’t about how the music and I can get better together. I had a feeling that every time I would have to be armed with a bunch of flowers or a gift to conquer the stage. What if I didn’t have these bunches of flowers and gifts ready to hand each time?
This time it worked without:
I was accepted!
In Hungary at the time, this was a huge opportunity that everyone would have wanted. For me, it also looked like a chance to learn to play my “instrument” more perfectly. Accepting the offer would have meant fundamentally changing the life of my family for the better (at the time this choir was a stepping stone to a career, international travel and money).
In the end, I thanked them and said no.
My parents respected my decision – they probably guessed the importance of “freedom” in my melodies. Looking back, I can be laid-back as I tell this story – but this is only because my words contain my life so far and all the music that I have witnessed in that time.
But still, I can relive the feeling associated with this decision to this day:
the feeling of a conscious decision that ends something and limits the future only on the surface.
Intuitively, the decision was connected with something bigger – I did not decide against music, but against this type of “career”. As a girl of 8 or 9 it seemed perfectly clear to me and I had an image of the future before my eyes:
“One day I will be on a big stage that belongs only to me, and I will sing to my audience what I want and how I want to. And I will be successful.”
Hm… well, I only had to wait just under 30 years. That’s when my dream came true. 🙂
But a lot happened before then.

At school, everything was perfect, not just in terms of learning, but also singing. I was a highly valued member of the choir, and later I sang in bands. And everywhere else. Whenever and wherever possible.

Whatever my mood – in good times and in bad, music gave me the right connection to myself. When that wasn’t there, others were able to see it too. My mother would ask me:

“Have you noticed that you haven’t sung for a while?”

That was always a sign for me to take a look at my inner self. This made me understand:
The right music is the music that shapes me on the inside and makes an outward impact.

The music on the inside shapes the music that is brought to the outside.

The same is true of silence – when there is no music – and it’s not a deliberate break.

No matter how or where I encountered music, I enjoyed it. For example, when I and the microphone met in front of others. When karaoke came to Hungary, it was like a catalyst for me. I owe my return to the old building of the Hungarian radio station to karaoke.
Now I was back in THE place where my almost-career as a singer started – I had come full circle. There was a new radio station called “Danubius” – they hosted a karaoke competition. For the first time, I was in a highly professional and acoustically perfect studio. Here, I came to realise how good music sounds and that other people think I have a great voice. 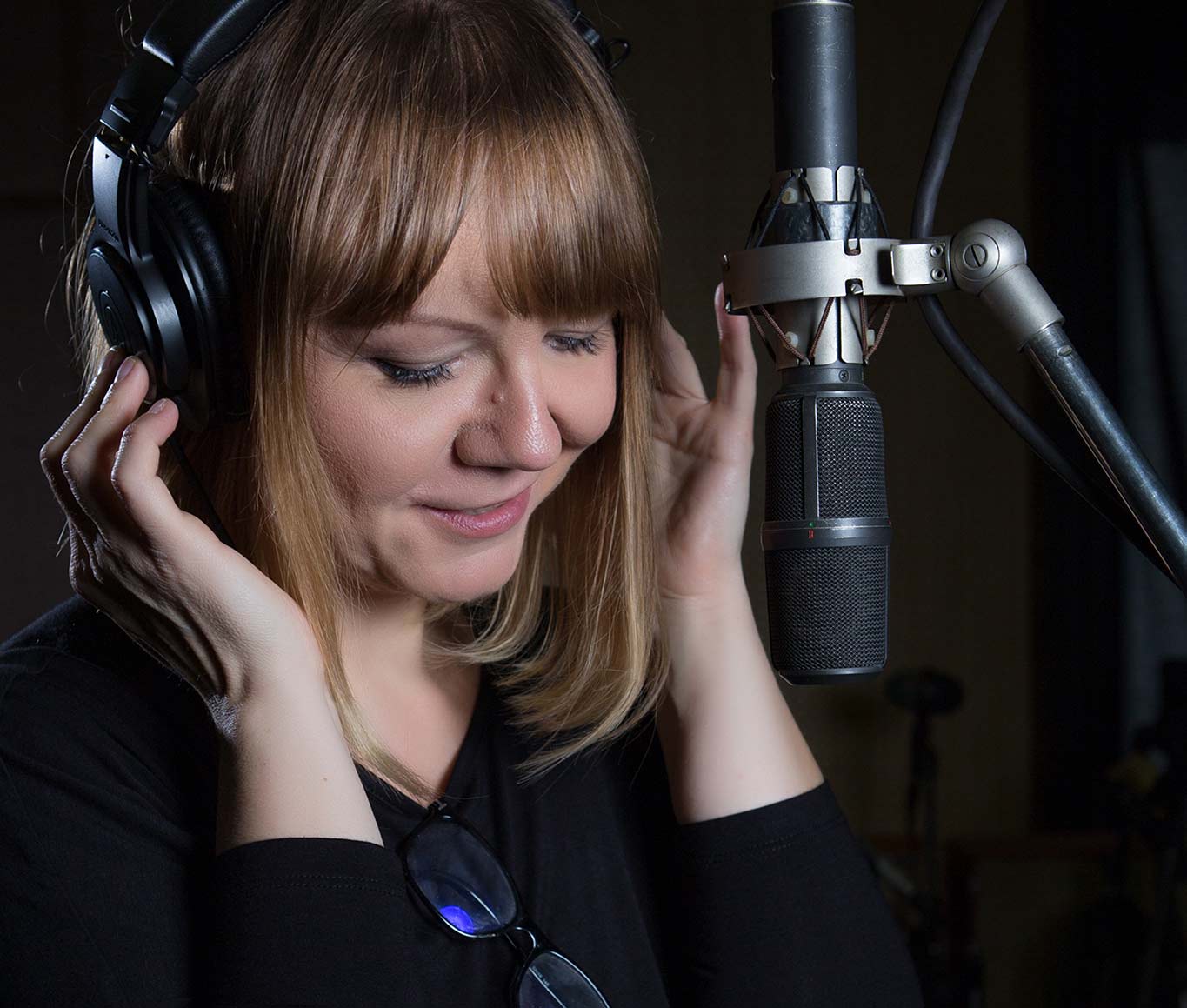 Headphones on.
The music – instrumental – begins to play.
I still get goose bumps today when I think about it.
I had never heard music this way before: It was the best sound I had ever perceived. Although I did recognise the song immediately – Whitney Houston’s “Greatest Love of All”– I had never experienced it this way.
The second surprise came when I began to sing.

My voice came back into the headphones and I also heard it like never before. The sound was so well balanced that the music seemed just perfect. This feeling of singing, and sounds of maximum potential that allows me to truly flourish – this motivated me to give it even more, to sing with even more passion. It also made me aware of the following:
once you know you can sound like THIS you always want to sound like this.
Only then do you know where the outer edge of your own potential, where the North Star, really is.
The longing for this perfect sound improves every effort,
even if you are not singing in a perfectly orchestrated studio with the help of a producer who ensures that the sound is as good as possible and the singer is given “wings”.
This experience had a strong impact on me – and it inspired my approach for esthra.
Interestingly, this good feeling of self-realisation, singing & success kept blending with the experience of situations that were not about talent, fairness & openness to results.
The people in the studio of the karaoke competition secretly discussed (I happened to overhear it) whether one of the competitors (who was told that she would win before the competition) should indeed win.
Thank god, the head of the programme was strong and courageous and said NO.
“Do you have no ears, that’s not possible… we can’t do that…”
He rebuked the colleague whose girlfriend should have won the competition. In this case, the audience cheered for me, chose me, and the result was respected.

Bang. Silence.
I became sad and felt ashamed.
Wow, that’s it… I do not have a next dream.
How did it happen that I no longer have any big music goals?
I had tears in my eyes and I couldn’t read the flip chart properly. Or… perhaps I only perceived it properly now? The word PERFORM started to move… the first 3 letters appeared to melt away… And then there was the word – FORM. Form, change – yes!!!!! That’s it.
Then it became clear:
It’s NO LONGER the performance,
to get my own melody across as an artist, that is important to me,
it is no longer the goal of achieving a lot and to make sure they listen and think I am great…
Rather, to show
how music shapes, transforms, supports, embodies… and how through music positive changes towards success and happiness can be achieved at the same time.
And so this freedom was back, the desire to experience the feeling… And also to show others how they can sound better and happier with support – a little bit like what happened to me in the studio during the karaoke competition.
At that time, I was still knee-deep in my career at an international company. I wanted to go in a new direction – but slowly. I wanted to continue to play my instruments, but differently. I wanted to test how it sounds in the “old” orchestra. At the time I even bought a domain – melODyconsulting.com.
The “old” orchestra with the very professional instruments, with the very dynamic melody but specific notes, was too narrow. I wanted to improvise more, sing more freely, make music with others – it was not suitable for that.
Even more importantly, I needed new inspiration for my songs. I found this in my current family. In line with the motto of “I have a dream” – but not following Martin Luther King, but rather ABBA. A Swede came into my life. We have been making “music” together for 6 years, and our little “orchestra” now comprises 4 musicians. When the youngest members were able to play music on their own, the question was – how does this journey continue?
At the beginning of this year the time had come to choose this new path and to make the next dream come true through music.
Suddenly it all came together – the pieces of the puzzle fitted, music and leadership/HR became my new “melody”, which I now want to sing to the whole world.
And so esthra was founded. 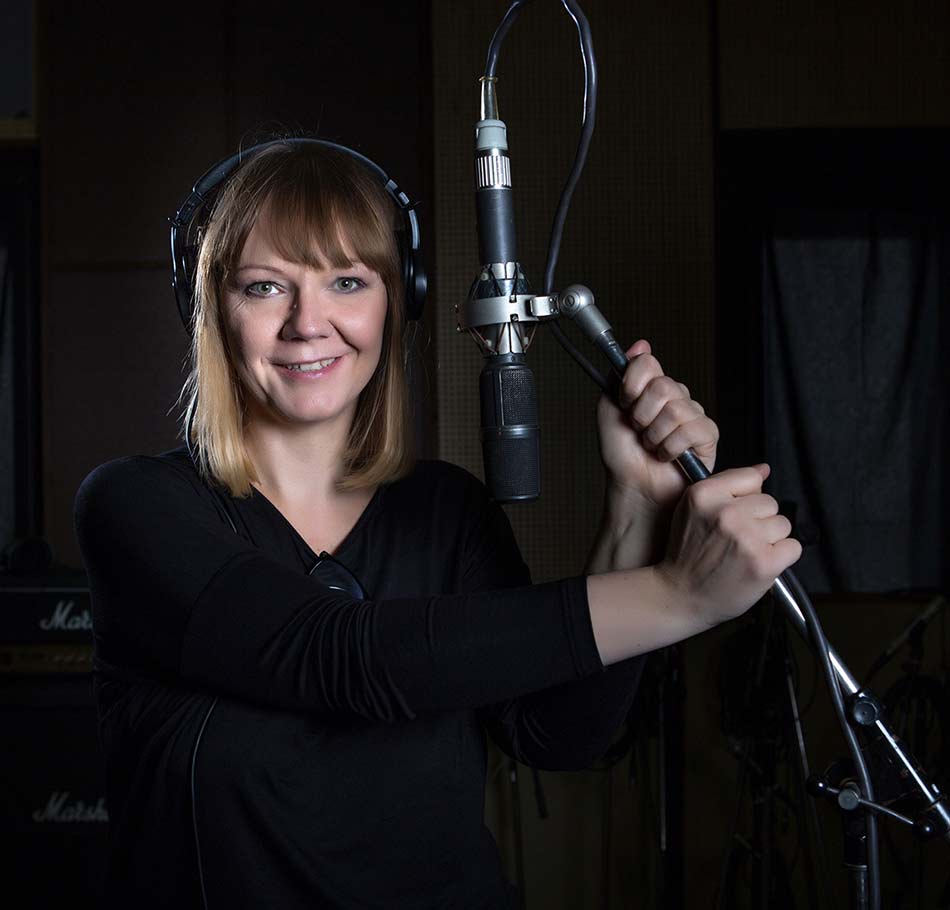 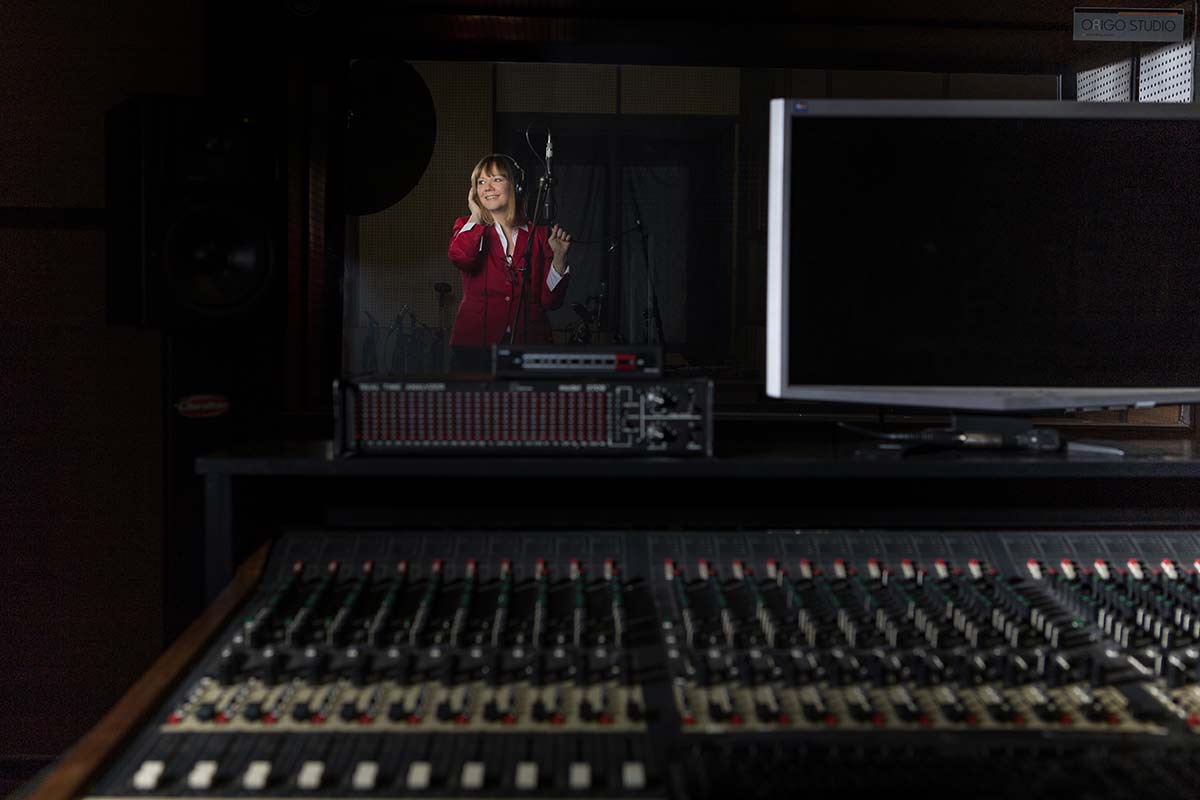